While California is burning, Pelosi isn’t even blinking and Schiff is hiding in a secret basement somewhere in D.C. (not the comic book). Newsom is doing Aunti Nancy’s bidding and as usual, Feinstein is a silent watcher guarding all the interesting things that need to stay hidden while fake news announces their scripts.  And trust me, there’s a lot hidden in California. 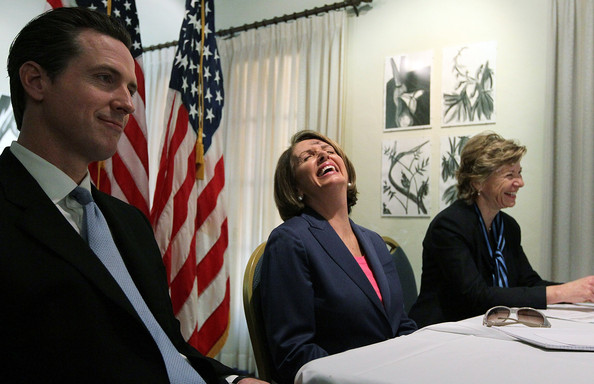 For beginners, California is the capital of homeless people and have created one of the biggest ways to make money off displaced people. Governor Newsom has added funding to enhance programs already in place. The Homeless Coordinating and Financing Council (HCFC). The HCFC oversees the implementation of Housing First guidelines and regulations, and identify resources, benefits, and services to prevent and end homelessness in California. Read about HCFC here.

Its full of lucrative monetary kick backs laundered through paperwork designed to give the appearance of helping the homeless. In December 2018, California allocated 500 million dollars to tackle homelessness. They set aside $150 million for its 11 biggest cities and $350 million for what are called continuums of care. There are 43 of these in the state, and they are made up of local government, service providers and others who help the homeless. Or do they? Homelessness is increasing and the problem is growing worse. But someone is making some big money. Similar to the 1.5 billion that went to Baltimore for restructuring and somehow got lost in the midst of the rat invested areas. 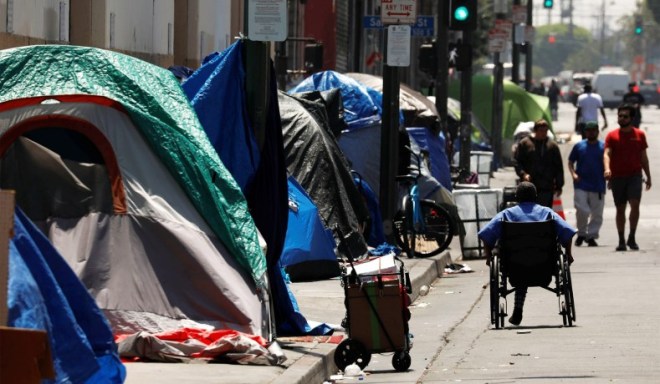 Russ Heimerich, deputy secretary of communications for California’s Business, Consumer Services and Housing Agency said, “The $500 million in one-time HEAP funding will serve as a bridge until funding becomes available through propositions 1 and 2, which California voters approved Nov. 6. The measures authorize $6 billion in bonds for such purposes as affordable housing for low-income residents, veterans and the mentally ill.”Read more here

Then there are those who want to end the corruption like Ellen Lee Zhou, a Sensible San Francisco Mayoral Candidate who is tired of the corruption and has set out to do what she can to expose the fraudulent methods used to scam the homeless out of funds designed to help them. And the social politicos keep trying to shut her up and send her home. But she is a tough gal that holds her ground and continues to exposes their games.

“The more money we spend on homeless, the more homeless people we will have.” Ellen Lee Zhou.
“The current acting mayor of San Francisco has been indulging in the release of criminals since she took office. Malignant cases have emerged in an endless stream, and everyone is at risk. Recently, youth correctional institutions have to be banned. In addition, she spent a lot of money to please the homeless, to give a green light to the safe injection house, but face with 17% increase in the number of visitors and a self-proclaimed “criminal rate”! Yes, the criminals are exempted and what else. San Francisco spent so much money in vain, feeding the next non-profit organization, government spending $3900-17000/month for one homeless, but eventually the homeless get less than 800 in hand, where did the rest of money go? Above all, the road in San Francisco is pitted, and repair is long overdue!”

Zhou has been exposing all levels of corruption in the Department of Child Family Services, child sex trafficking, homelessness, and other issues in California. She has a Master’s degree in Social Work and currently works as a Behavioral Health Clinician for the San Francisco Department of Public Health and has been a social worker for more than 20 years, and a Sunday school teacher for over 20 years. She champions traditional family values.

Homelessness is now profitable business in California for a few. Meanwhile, the homeless suffer and the corruption increases.

Homelessness is up 43% in Bay area. Read FULL STORY here.

This “Sanctuary state” holds the title for most illegal immigrants and even has placed  many NON-CITIZENS in municipal offices while condemning border walls and promoting a borderless nation where only criminals will possess guns and use names and pronouns no one else is allowed. If, and only if, the progressive socialists have their way to achieve their globalist master’s bidding before good people decide to wake up and intervene. 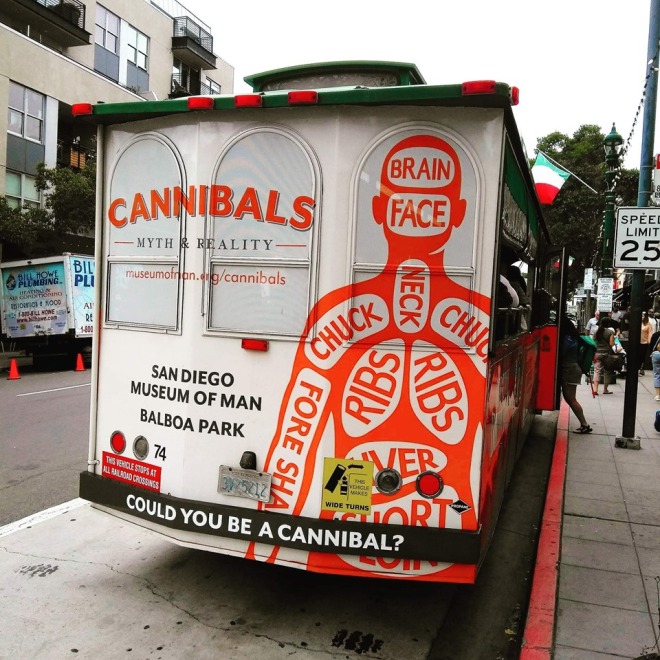 The state boasts of the highest state and excise taxes and the most restrictions on new construction geared toward United Nations climate change fraud and even hosts museum displays on cannibalism.. The tax everything needed to exist to the maximum, energy costs, fuel prices, food, housing, and are the winner of the most restrictions on constitutional rights. The saying “taxation without representation” exemplifies their governance at this time. The borderless state has become a breeding ground for lawlessness and is proud to go against Federal Rules and Regulations, unless it comes to cashing in on Federal Aid.

Presently millions are without power, while millions more have entered homelessness due to massive fires that many suspect are from “DEW” technology. Trees don’t burn from the inside out, and wild fires don’t burn houses to the ground, melt steel on cars while leaving green trees inches over without a scorch mark. It defies the laws of nature. It just does.

California is also known for their animal activist groups and legislation that puts smelt before the value of the once most fertile farm ground in the nation – the Delta Valley is now a dust bowl and all the top soil has blown into the wind. That swap of land once produced crops to feed half the world. Now it feeds nothing, but the smelt are fine? Or was that all a hoax? You bet it was.

I won’t go into the LGBT, Transgender, Pronouns, 1st and 2nd amendment issues, human and child sex trafficking, narcotics and opium cartels, it’s too much to cover, but trust me it’s all out in the open now. 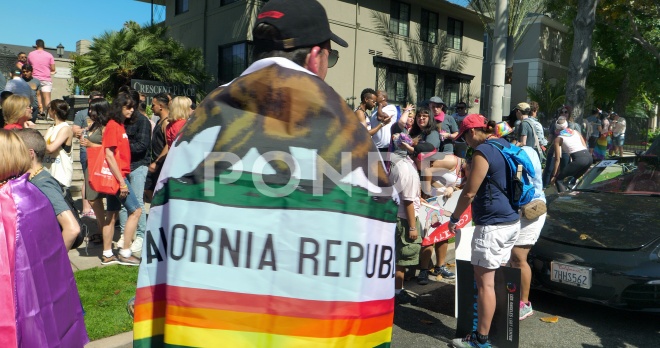 The point is California is a failed state and appears to be a Soros third world proving ground for destroying America from within. Which leads us to the BIGGEST ISSUE OF ALL – and that is that California has the most representatives of any state in the Union. They hold 53 seats in congress.

With 53 seats and the biggest players like Nancy Pelosi, Adam Schiff, Maxine Waters, Ted Lieu, and the now recently resigned Katie Hill. Who ironically was Executive director of “People Assisting the Homeless (PATH)”, before winning her congress seat. This is a foundation that feeds off the funding to help the homeless. Katie has been active with PATH for 9 years and 10 months. She’s been with it through the entire homeless growth process. Just saying, it got larger and much worse in LA and is still getting bigger.Read more here.

(Makes me wonder who the whistle blower was with the video? It raises questions, especially with people looking into Cali’s homeless scandal. Questions like- what problems/threats someone may have thought Katie presented? Just wondering on that one. Read About That Here.

Any time the left yells “Right Wing Conspiracy”, you can bet it came from deep state. It always does. After all, they are the ones that do these things to make sure they maintain control of the pawns. It is just a clear cut pattern.

To put the representation of 53 congress persons into perspective let’s look at the numbers of representatives allowed to other states.

What we have is a very out of balance representation in congress that has advantaged California to influence their ideologies onto the rest of the nation. Regardless of party, this advantage is a loose cannon and dangerous toward the rest of the states whose individual concerns and issues differ. When we pull just 37 states with representation between 1 and 9 congress persons that total 45 representatives (8 shy of Cali) there is a huge imbalance. How did California come to have representation that outweighs almost ¾ of America and can push their ideas onto other states who don’t want them? 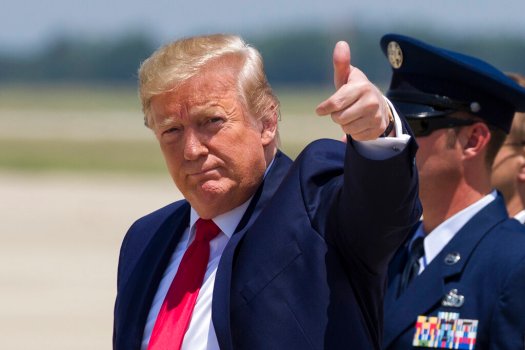 So the question is, can California be saved from its’ own internal progressive deep state designed destruction? Will the rest of the nation be forced to bail them out of a failed state caused by poor leadership with Federal tax dollars that stem from the other 49 states? If we do, how long will it be before they run out of other peoples money in socialist California? Or should we avoid the inevitable and let them know they are now on their own? After all, they don’t seem to want those with ideas to reverse their failed governing any where near their power structure.

But as long we have a Trump administration and there are those like San Fran Mayoral Candidate – Ellen Lee Zhou, and congress persons like R – Kevin McCarthy, and R – Devin Nunes working to make a difference, we have hope California rid the corruption and return to a great state that protects its’ people.

6 thoughts on “ARSON, SOCIALISM, PRONOUNS AND A TENT = THE NEW(SOM) CALIFORNIA!”