Jacob Rothschild’s house….the crash took place on the grounds. What could have possibly taken place?

There has been a helicopter and plane collision at the Rothschild estate in Buckinghamshire this afternoon 11-17-17. The wreckage from the aircraft is believed to have fallen from the sky following reports from locals who said they heard a loud bang after midday. Some are speculating that Jacob Rothschild died in the crash. Main stream media has been silent on the issue for the good part of the day. Not sure when or if they will talk about this….therefore this is real and not a planned event. Click here to read about Rothschilds Plane Crash.

Trump had and still has the elite Cabal running scared, which is why they continue to be ratcheted up in “red alert” propaganda mode. The President is ruining years of strategic planning in long broad swipes across the international circuits. Forming healthy alliances with all the nations that were infiltrated with secret cabal pawns who were furiously doing their bidding. Trust me they aren’t laughing at the idea of Trump bringing down the cabal any more. From Pizza Gate to the downing of the House of Saud, and Kim Jong Un being exposed as a global strawman….the global cabal is fuming. Short circuiting is more like it. The scary part is the Cabal owns the weather and they still hate useless eaters so …. it is now up to the grown ups running the nations that love their people to step up to the plate. Thank God America has President Trump. 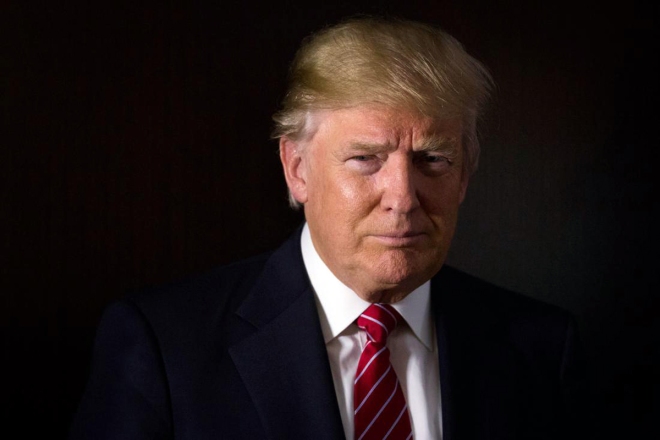 What wild card do the cabal have left to play?
Perhaps, since their hands are tied with the new alliances Trump has gained in the international world, they will have to thwart their next world war and go straight into crashing the world economy. Was this the plan? Was someone trying to stop this?
History always repeats itself and there is nothing new under the sun…..so watch and guard against the next stock market crash and run on the banks – after all nation banks are freezing the cabal’s monetary assets and the Rothschild’s do not like all their green notes of air being held out of the game. They just may pull another coupe like the one they pulled in 1905 run on the banks and market crash forcing the US national banks to call in all their notes to stay open…..in the end they banks went bust, people were foreclosed on in the masses, the nation went into a depression, and those who tried to expose it were suicided (murdered) leading to a trip to Jekyl Island and a midnight Christmas Eve vote to usher in the Federal Reserve Act. President Wilson betrayed the nation.

Wilson in his The New Freedom: A Call for the Emancipation of the Generous Energies of a People (New York, 1913):

“Since I entered politics, I have chiefly had men’s views confided to me privately. Some of the biggest men in the U.S., in the field of commerce and manufacturing, are afraid of something. They know that there is a power somewhere, so organized, so subtle, so watchful, so interlocked, so complete, so pervasive, that they had better not speak above their breath when they speak in condemnation of it.” Woodrow Wilson

During the reign of Wilson the US citizens lost many freedoms. History is clear that he allowed campaign contributions to act as bribes for favors once elected to the office of president. He allowed the Rothschild led cabal to bring in the Federal Reserves through a series of devastating events on the backs of US citizens.

Good men died on the direct sinking of the Titanic which was another coupe and not an iceberg tragedy involving railroad and steamship tycoon Cornelius Vanderbilt and several other Vanderbilt family members who at the last minute canceled their trip. So sudden it was that, Vanderbilt’s luggage was already taken on board by his servant, Wheeler, who was not told, and died when the Titanic sank. Some speculate it was insurance fraud scam.

It appears revenge was made on some involved by the sinking of the Lusitania three years later killing two birds with one stone of which that false flag event landed the US into WWI and the elite cabal made a fortune funding the war. John Rockefeller alone made 200 million dollars. J. P. Morgan was heavily tied into the Vanderbilt’s after making a fortune manipulating their stocks. Wonder who got played in that deal? Wonder who got played in the Titanic deal? Insurance fraud? Remember these are the days before TV, social media, and although the Radio Industry began in 1913 it wasn’t until 1920 that it was introduced to be used to the masses, so at these times in history, to get your news, pretty much, all you had was newspapers. And guess who controlled those?

There were so many unfortunate events that took place in an era of corruption that has continued to this day with the same heirs of the Cabal families and same designs to rule the world and of course…the same love and lust for money. So it does help to understand the chain of unfortunate events taking place today….by digging into the past.  The grudges, the Godfather history so to speak.  Who did what to who and who is still holding a grudge to get even, and at what cost are they willing to get what they want?

The Cabal got rich from the war and also achieved the long awaited revenge for the house of Rothschild by taking down mother Russia’s last tsar Nikolaj Romanow and installing in its place Stalin to govern the new soviet Russia. Rothschild had vowed to take down the Tsar’s of Russia after their aiding President Lincoln in the Civil War, stopping their ability to interfere by marching Russian troops up to the borders of Europe and placing their ships in the harbors as an act of readiness to warn European nations influenced by the house of Rothschild’s cabal to stay out of it. WWI profited the Rothschilds and all the great tycoons who had their hands on the wheels of industry. The craft of their hands they called progress.

At the end of Wilson’s term….he realized or so it seems that he did that he had betrayed the people of the United States of America.  But, due to the way the Cabal got away with murder then, few people understood how deep and wide the swamp was.  Just as there are many that have no clue how deep it is today.

“I am a most unhappy man. I have unwittingly ruined my country. A great industrial nation is controlled by its system of credit. Our system of credit is concentrated. The growth of the nation, therefore, and all our activities are in the hands of a few men. We have come to be one of the worst ruled, one of the most completely controlled and dominated Governments in the civilized world no longer a Government by free opinion, no longer a Government by conviction and the vote of the majority, but a Government by the opinion and duress of a small group of dominant men.”

Know this, the Cabal has been working overtime for a long while to revamp the world monetary system with great cunning and deceit. Now, with nowhere to go but down, a loose cannon Cabal will definitely look at their one last weapon.  That weapon is there control over the money.  Their banking system.  Will they be able to use it? If they do … will they crash markets?  Bust their own system of floating air?  All the while counting the gold stashes in their vaults?
Always follow the money.
President Putin has vowed to protect Mother Russia as in the day of the Tsars. He has no use for the Banks of the house of Rothschild and upon taking the presidency went to work paying off all debts to their bank. He also arrested the corrupt bankers and kicked the Central Banks out of Russia. So we know there is no love for the desires of the House of Rothschild central bank, nor their cabal. Not to mention the possible desire to avenge Mother Russia and the Tsars of old.

That being said….who is holding the ball here? Who has something to gain by an aligned Russia and USA relationship? Certainly not the Rothschild Cabal. They have a lot to lose.
But, who would crash a helicopter into a plane, or vice versa. What will the media story be, when they do start to talk about it all? I say….something HUGE is taking place and the world is going tick tock, tick tock.
Dianne

12 thoughts on “WHAT HAPPENED AT THE HOUSE OF JACOB ROTHSCHILD? WHO DIED IN THE CRASH? WHERE IS THE CABAL?”