Something tells me all the new games, and toys- including Lego buildings, that the New World Order have created are going to go no- where without  USA participation….something the order did not plan on at all.  I mean how can they continue to destroy Russia with paper sanctions if all they have is paper?  How can they rule the world when the USA isn’t leading the destruction to pave their way?

A key figure behind the NWO Climate change games (similar to Hunger Games only not as extreme, a bit slower) admittedly told Trump that they could have 100 nation members but without the USA, their projects would fail.  Trump gave them no sympathy.  He knows who rules.  Instead he used their pleas as bullets to let them know they aren’t paying their fair share and left them wondering how in the hell they were going to pay for all their grandiose ideology. 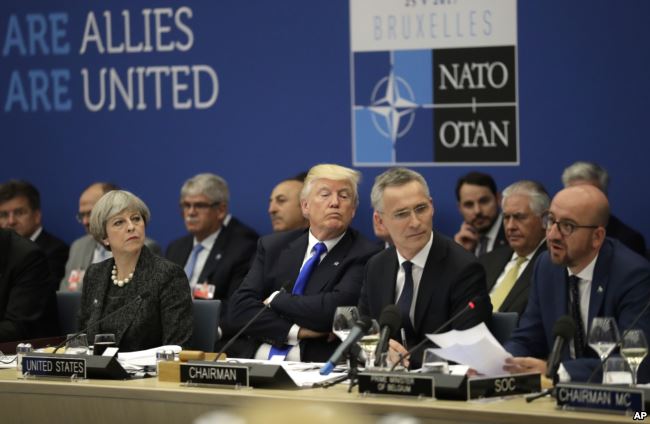 Trump was brilliant in his out of alphabetical order of nation visiting (Pelosi criticized Trump for visiting overseas out of alphabetical order – yes she needs to see a shrink, she no longer has coherent thoughts), for in doing so, President Trump showed the world’s little league of leaders how to build a 50 nation Arab Alliance to fight against radical Islamist extremists.  Then he showed them how to involve Israel and Palestine in the same goal.  He truly brought Isaac and Ishmael to the same table along with those who have the inheritance – Joseph’s sons.  (Ask your pastor about that one….or better yet, read your Bible. Deuteronomy 33:13-17; Jeremiah 31:9; Genesis 49:1-4; 1st Chronicals 5:1-2).  Trump called them Abrahamic faiths.  What an accurate call on that one.

The highlight of President Trump’s 9 day world tour was having the tiny collection of refugee bulging, (not so sovereign anymore) European nations realize that the Global Elite’s Oligarchy has been jeopardized by having a true patriotic nationalist president representing “We The People”.  He just wasn’t interested in climate  change (hunger) games when radical extremists were blowing up the world and cutting people’s heads off.

What shall they do?  Oh dear, my, my, my?  They are now faced with a huge decision.  They either seriously defend their own citizens and stop their open border refugee  policies that destroy their own people, their cultural and society – complete with controlled false flags, and instead take the higher road to defend their citizens, deport radicals, and rebuild their nations –  or they can continue on with their plans to historically commit a world display of sovereign nation suicide that will never lead to their new world order, nor any of the promise’s pledged to them for sticking it to the useless eaters (their agenda 21 name for their citizens)  in their depopulation frenzy.  I wonder how long many of them have before they are exposed for the worthless traitors they are and left to beg for their own lives when their citizens realize it is them or them?

One of their biggest mistakes, (for there were many)  was admitting in their bargaining pleas that it would be quite difficult to defend their own nations and elite clubs like NATO without the USA? Especially with Climate Change and all….that seemed to be their bigger issue.  Terrorist refugee’s raping and destruction of private property and infrastructure was a concern…but not the big deal of the day.  CLIMATE CHANGE was the biggest threat in their puppet world.   I wonder how Trump contained his diplomacy listening to all the cheap “Hillary type” global rhetoric?

So now the world leaders, AKA -“the Club of G 7 Summit Puppet Master butt kissers”, will go home and open a bottle of something a lot stronger than champagne, for  they will not be celebrating.  They will be seething inside and wanting a stiff drink to calm their angered nerves so they can try and rethink a new plot.  After all, they really weren’t prepared to find out how bloody wrong the press was about the President of the United States of America, Donald J. Trump!  They told him he was a clown, not the ALPHA BOSS!

Oh the old sustainable ways aren’t working anymore and several master mind think tanks have aged and died.  The other puppet masters are in wheel chairs and with canes.  So what shall they do?  The veil has been pulled back and is wide open on Soros, same with Clinton’s and if they are waiting for Obama’s rebirth….he is all but in his own orange jumpsuit heading for his own iron walls.  Not the ones he built around his new house in DC, and not the ones now torn down that he so boldly spoke about with Merkel in Berlin.  I recall he so proudly pointed where they once stood with all the pomp and bla, bla of a village idiot while village idiot number 2  (Merkel) smiled stupidly with him.  Oh but, Merkel learned a lesson at the tiny league of 7 summit…..don’t undermine  the real President of the USA, especially when your new world order isn’t built yet!  It will never be built with the help of the USA as long as God sees fit to strengthen and lead President Trump and “We The People”  who are against it!

All in all, President Trump had a historic trip and one that hit the global elite between their inbred eyes!

Now at home, watch and be awake for phase two of – MAKING AMERICA GREAT AGAIN – there is about to be a major  firing, a major snow flake melt down…..and screeching like you have never heard before.

13 thoughts on “WELCOME HOME PRESIDENT TRUMP! YOU ARE THE BOSS!”