Where are all of the Trump Train Deplorables who were going to stand by their president, so asks fake news?  THEY ARE WHERE THEY HAVE ALWAYS BEEN – WALKING OUT IN FRONT OF THE TRUMP TRAIN, AT HIS SIDE CARS AND IN THE REAR!  THEY ARE ALL AROUND!

I can expect the Never Trumpers, The Soro’s paid gang-land lefties, and all the snowflakes to melt…..but not the TRUMP base.  IT IS STILL HERE ALIVE AND WELL!

There is much propaganda about Trump’s base melting….but I sure don’t see that taking place at all.  What I see is God’s anointed pushing forward with two goal’s in mind.  And that is to make America Great Again and to push the enemy into the ditch!

The only ones wheezing are the impatient and a few sheep, frightened by propaganda that is nothing more than a pack of lies.  So let the weak faint.  All others press forward, this is a war.  Not for the faint of heart.  God’s plan is huge!  It is not just about us….it is about the world.

“And of Joseph he said, Blessed of the LORD be his land (for the precious things of heaven, for the dew, and for the deep that croucheth beneath, And for the precious fruits…And for the chief things of the ancient mountains of the everlasting hills…of the earth and fullness thereof…the good will of HIM that dwelt in the bush.. His glory is like the firstling of his BULL, and his horns, are like the horn of a Unicorn with them he shall push the people together unto the ends of the earth: and they are the ten thousands of Ephraim, and they are the thousands of Manasseh” 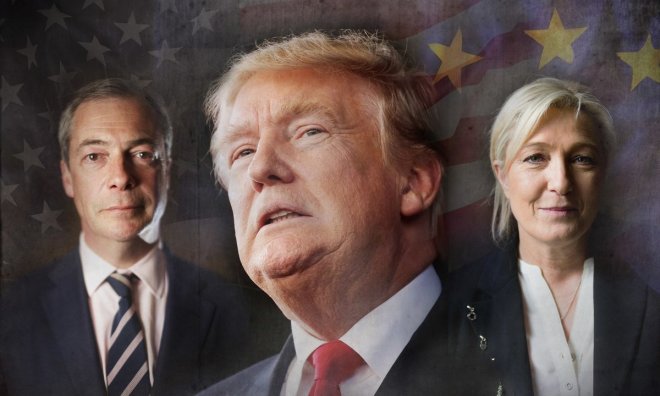 Watch and learn.  The USA is Manasseh and Trump has Scottish roots.  Great Britain is Ephraim and has decided to stand up and showed this in their Brexit, and Le Pen is coming forth for France!  What a holy alliance God is building for such a time as this!  For the birthright of Jacob was passed on to the House of Joseph to Ephraim and Manasseh….and Benjamin is standing too!  All the tribes of Israel shall press forth – the time of the gentiles is here for the birthright has been given to them until this time is fulfilled!  Amen.  Stand up now or forever lay aside!

5 thoughts on “TRUMP ON TRACK, FULL STEAM AHEAD!”