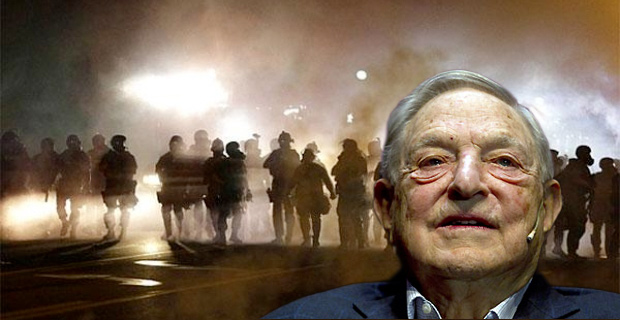 It is not Trump they hate, it is morals, values and righteousness.  The haters are organized to disrupt society and sponsored by globalists like George Soros.  Soros has infiltrated organizations throughout the world to disrupt.  He is a master organizer for the devils playground.  Putin has issued a demand for his arrest for his criminal activities against their nation.  Hungary, I am told, is following suite along with Macedonia.

It will be interesting to see how long it is before the USA files its’ own arrest warrant.

Soros has a list of  charges throughout the world directing him as the source of dirty evil deeds in creating chaos in nation political elections, and public unrest.  He is behind Black Lives Matter and all the chaotic anti-Trump festivities.  Why?  Because he is a globalist and is trying to force a new world order on peaceful men and women around the world.  He and his ilk are the seed of evil in its’ rawest form.

Be strong fellow Americans and decent people of the world, the Lord is watching all things and the tide is turning.  A tsunami of payback equal to their hire is on the horizon.

6 thoughts on “PRESIDENT TRUMP WILL PREVAIL!”