John Kerry’s speech on Israel giving up their West Bank, which includes the wailing wall and Jerusalem, was putrefactive and full of lies! He should have choked, but as he did during Viet Nam, he sang like a song bird just like his comrade in destruction-  John McCain! It is not the two party state that is at risk in the middle east….that has never been the UN’s goal….it is the New World Order that is at risk!  From the onset, the UN elite have manufactured an illusion of world peace through collective agreement of nations that the great merchants of the earth could control and manipulate in the same fashion that they have controlled and manipulated past presidents of the USA and all the nations they could buy!

Anyone who still believes that the United Nations was put in place to insure world peace had better take a look at the UN goals and preambles placed from their very beginning. They have always strived to have a new world order under one body of government, a body that is selected by committee votes and NOT THE WILL OF ANY MAJORITY OF PEOPLE!

In fact they had a name for the average human being….that name was ‘EMPTY CONTAINERS’ which in the 70’s was upgraded to the term ‘USELESS EATERS’!

If you trust those who want to depopulate you because you are simply not important enough to exist….and because they deem you as a useless eater of the earth’s resources…then you deserve the plans they have for you!  I resist it and  call it out – evil, sheer evil! 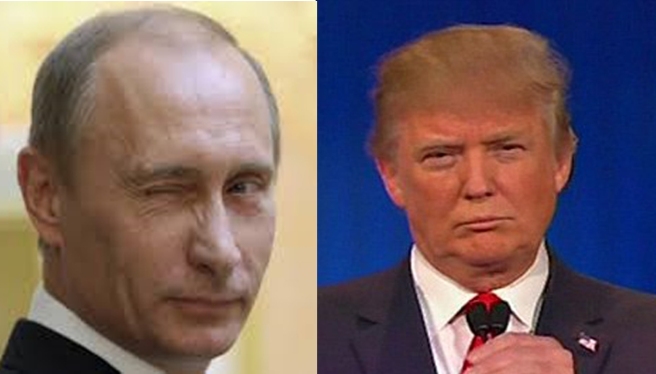 Thank God for Donald J. Trump, Vladimir Putin, Denmark, and now Egypt for standing up for Israel and calling out the liars in the Whitehouse and the UN.  It sure looks like Obama’s handlers have ordered him to usher in WWIII….however, Syria, Russia, Denmark, Egypt, and Trump who has now influenced the troops….will have the last call on where their evil plot will go.  It will never go the way the fading elite have hoped.

In a nutshell, what we are witnessing are the great merchants of the earth, the ones the Bible tells us in Revelations that ‘by her sorceries were all the nations deceived’, are playing their last round of cards.  The game is over….there will be no more cards dealt.  Whatever is in their hand today is all they have.  Their days are numbered.  All who follow them and do their bidding are going down with them. Each and every one.

I am thankful to God for sending America Donald J. Trump to lead us, and thankful for placing Vladimir Putin at the head of Russia at this same time in history.  Putin has stepped out and publicly  vowed to stop the persecution of Christians and end the liver eaters (ISIS) murderous feast on the innocent. Putin has exposed the evil Obama regime for creating this terrorist group, and Hillary’s evil and willful participation.   Putin knows they are all puppets for the great merchants who control the wealth and the UN.

Putin and Trump have thrown the curtain back and it is wide opened!  The only ones that will refuse to acknowledge the facts and or not see the facts that are the truth will be the guilty ones who are trying to hide the truth and the dumbed down followers of the guilty and evil ones!

Stand up and put on the whole armor of God….for this is the day those of old had longed to be a part of and we are the ones chosen by God to be here now!

2 thoughts on “ISRAEL SHALL PREVAIL – IT WILL BE THE NWO GREAT MERCHANTS AND THEIR PUPPETS THAT ARE DISMANTLED! STARTING WITH KERRY!”