Bernie backlash is just heating up.  The DNC might as well put an ad on Craig’s List to recruit what they need most right now and that is more folks willing to sell their souls.  Keep your eyes open for ads like this:

“Community organizers are needed – free Saul Alinsky training along with $15.00 per hour while interning.  Opportunities to earn big bucks once you learn the keys to corruption. To apply contact the DNC at………….or ask for Wasserman Schultz…oops no.  Ask for Donna Brazil….oops no.  Ask for Fudge.  Oh heck what difference does it make – just ask for Hillary.” 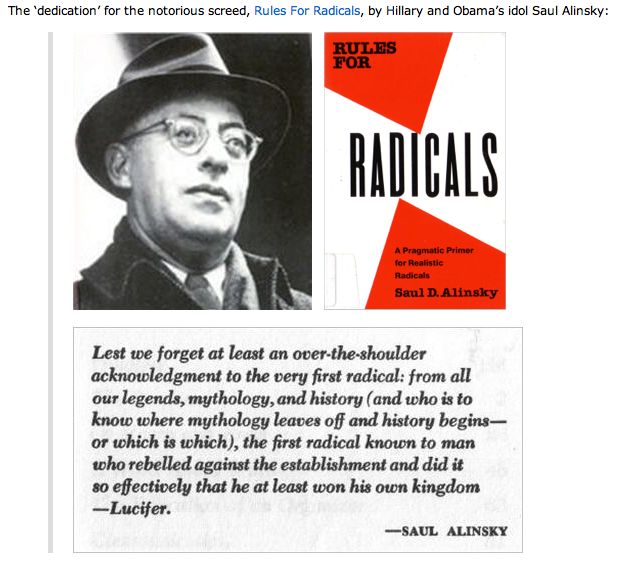 The truth is that the days of Saul Alinsky tactics are exposed and over.  It doesn’t work like it used to. Especially when THE RULES FOR RADICALS like politically correct speech is now officially thrown aside.  Social media has changed the entire game. People are no longer intimated by those who spew lies and challenge them publicly – they share and the message goes viral.  The media is left lying to those who are busy calling them out with truth.  Liars are exposed as fast as they lie with a data base of proof showing they are guilty.  The only ones that are fooled are the ones who want the evil platform or the ones who follow along and do not question.

On the other side of the isle….Trump and Trump supporters were also ganged up on, frauded and lied about – slammed in every way possible by both the DNC, GOP, Media, and every form of organized take down hack – like Glenn Beck and the National Review.  The DNC planted protesters to beat up Trump supporters and blamed Trump for it.  They blocked highways and created disturbances harming others without any thought about it and had no consequences.   The difference is Trump dug in and exposed the liars and the hacks ten times stronger!  Trump supporters kept calm and did not riot back. They dug their heels in deeper along with Trump.

This is a war between law and order and lawlessness.  Anyone who wants to save America and not hand their country over to globalists – now is your time to vote for the one who is exposing the liars and crooks. The one who has the grit and guts  to save this great nation!  That one is Donald J. Trump. This is the last chance we will ever have.

2 thoughts on “BERNIE SUPPORTERS – I FEEL YOUR PAIN…”